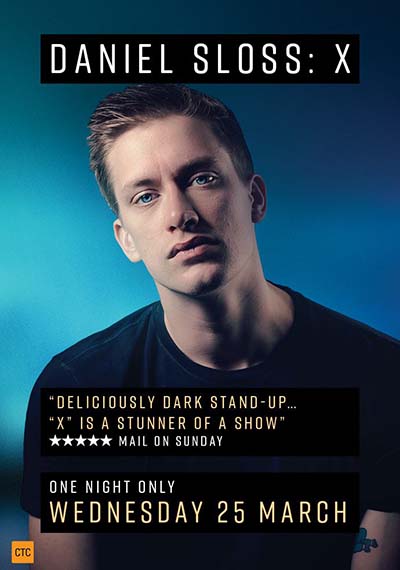 On 25th March, Palace Cinemas, Australia's leading independent cinema group, invites you to experience one of the world’s most ground-breaking and successful comedy tours of this generation, as Daniel Sloss bring his critically-acclaimed solo show Daniel Sloss: X to our cinemas.

After a seemingly unstoppable 17 month, global juggernaut tour that spanned 300 performance across 40 countries, Sloss’s extraordinary tenth solo show, and third comedy film, delivers a unique comment on the uncomfortable topics of modern society. Replacing the expected script from male comedians on modern society’s polarising conversations, Sloss offers insights on toxic masculinity, gender and sexuality that are at once deliciously dark, hilarious and profound.

Coming on the back of an already glistening comedy career, Sloss’s latest and self-directed filmed concert version of the show stamps another hallmark on a record already defined by his comedy specials on Netflix and HBO.

The show was filmed in front of a sold-out crowd at the Enmore Theatre in Sydney, Australia.