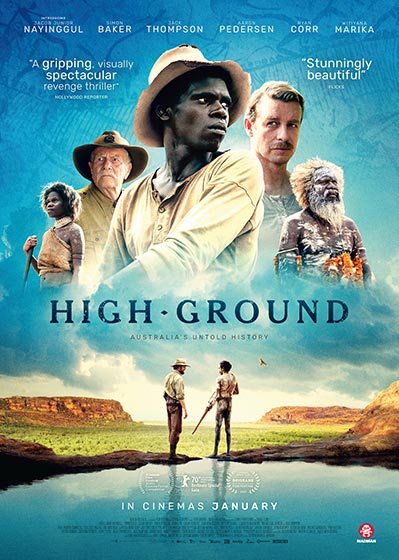 A critically acclaimed and engrossing revisionist Western that elevates the stories and voices of Indigenous Australians, represented by a phenomenal cast lead by director Stephen Johnson.

Set against the raising natural beauty of the Northern Territory’s 1930s Arnhem Land, HIGH GROUND chronicles young Aboriginal man Gutjuk (Jacob Junior Nayinggul), who in a bid to save the last of his family teams up with ex-soldier Travis (Simon Baker) to track down Baywara (Sean Mununggurr) —the most dangerous warrior in the Territory, who is also his uncle.