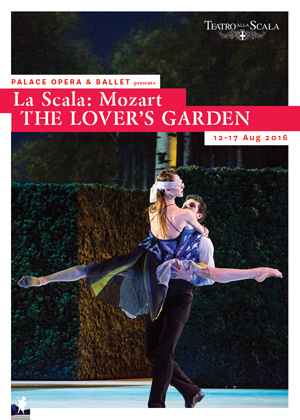 In the garden of a Baroque villa, a chamber orchestra is playing Mozart’s wonderful quartets and quintets, and everywhere is pervaded with echoes and references to the composer’s world. As if by magic or conjured by the imagination, figures emerge from the shadows of the labyrinthine garden: they are Mozart’s characters, and they play with – or perhaps make fun of – the guests at the party, embroiling them in their well-known amorous dalliances...