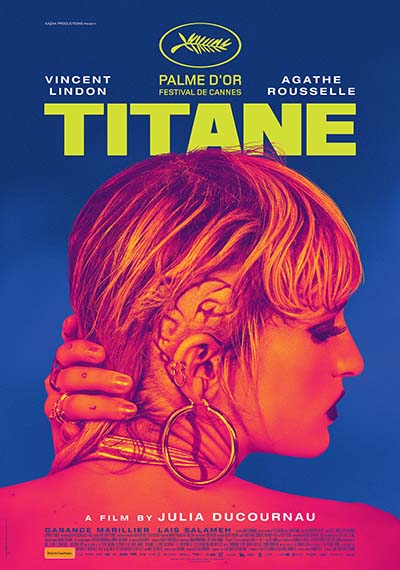 Critically acclaimed Julia Ducournau returns with the raunchy and visceral horror that is Titane, a Cannes film festival selection packed with character and debauchery.

Titane follows the story of a woman named Alexia, Agathe Rousselle, who was injured in a car crash as a child and had a titanium plate installed in her head. Alexia grows up relating to automobiles more than people, abstracted from standard moral principles and relationships. When a negative encounter with a romantic suitor leads her to a raunchy killing spree, Alexia bounds between intense, violent outbursts and moments of surreal comedy.

Ducournau’s work is ingeniously infused with both monstrous ferocity and tender humanity, the result being a film which is profoundly moving and horrendously thrilling.